I generally don’t do New Year’s resolutions but this year I have two: Be more social and do more things that I am passionate about. When I first moved to Wellington nearly 3 (!) years ago, I was warmly welcomed by the fantastic folk of the Wellington Sewing Blogger’s Network. With a 4 month old in tow, I settled into our new life, reinstated my old sewing/knitting blog and attempted to make new friends through sewing. I failed miserably.

Life with a baby and then toddler who didn’t sleep, didn’t take a bottle and was super alert all the time left me in survival mode with little time or energy for anything other than the basics. I also wasn’t inspired to sew clothing that was limited by my changed body and its needs (hello giant breastfeeding boobs and their access requirements). While I did keep sewing, in bits, I wasn’t keen on photographing myself wearing what I’d made. Between sleep-deprivation greying my skin and breastfeeding changing my body, I didn’t feel up to sharing. It all just slipped away.

But the Frog is nearly 3 now. I’m working again and feeling like I can rejoin society. And I’m getting excited about sewing the type of clothes I used to love to sew. Tailored dresses! Fitted waists! High necklines! Pockets! And I really do want to connect again with the awesome people of the Wellington Sewing Bloggers Network by re-joining their ranks. So here I am. Now onwards to the dresses!

I’ve had this pattern (Simplicity 8970) for yonks and love the style lines.Princess seams that angle in from the armscythe along with a bust dart. Super cool. I made it up for winter in a jacket-weight wool, lined with silk to cut the itch-factor from The Fabric Warehouse. I was so excited to make this up as I finally a) was working again and needed professional clothes and b) had finally stopped breastfeeding and could wear stuff that didn’t provide round the clock boob access. 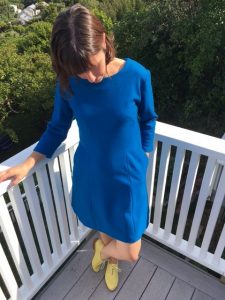 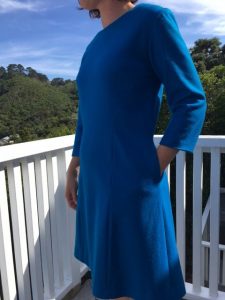 The pattern didn’t include a lining but I cut one and lined using the same bagging technique I’ve used for jackets and coats. Worked brilliantly. And of course, I added pockets, which held up well in the heavy wool. 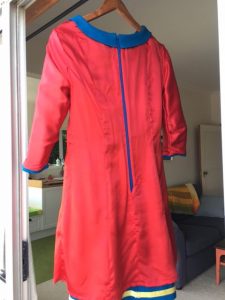 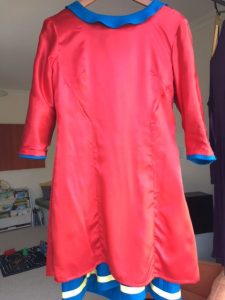 I love the fit so much I made another in a length of handwoven, indigo-dyed Thai cotton that I picked up in Thailand in 2014 and have been hoarding every since. This fabric is amazing. It’s 100% cotton but feel like heavy silk. The texture is thick and cushy, almost like a well-worn babywearing wrap. Gorgeous stuff. I didn’t have enough to to do set-in sleeves as I’d wanted to, but instead extended the  side bodice pieces into cap sleeves, which sit really well. 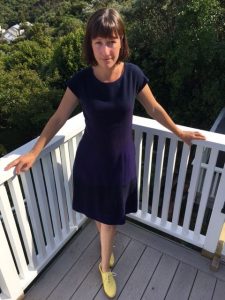 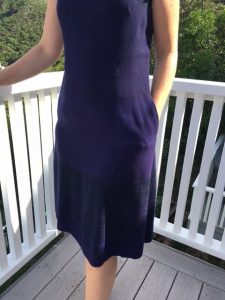 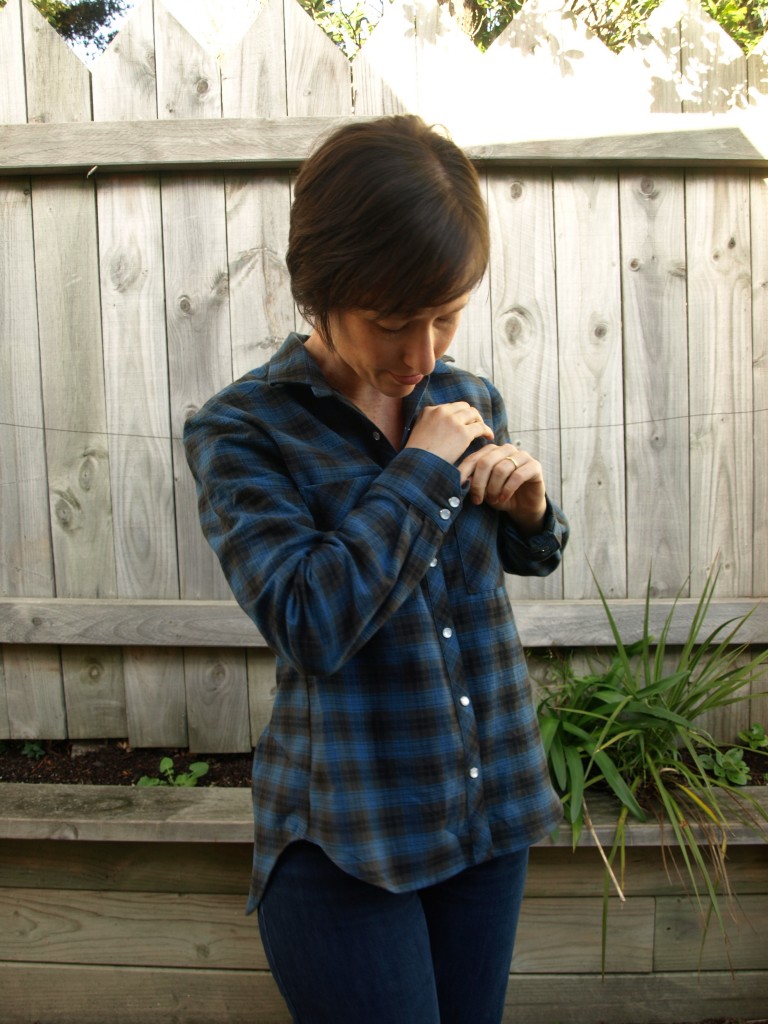 Despite my plans to binge-sew the first weekend after our container – and my sewing stuff – was delivered, it actually took me 3 weeks to get around to it. Who knew unpacking a whole house with a 5 month old would be so time-consuming. And making up some warm curtains was higher priority with winter cold and giant windows. Anyways, last weekend I finally got to spend a morning or (mostly) uninterrupted sewing. I chose to make up a pattern I’d been eyeing off for a while now, Grainline Studio’s Archer shirt. 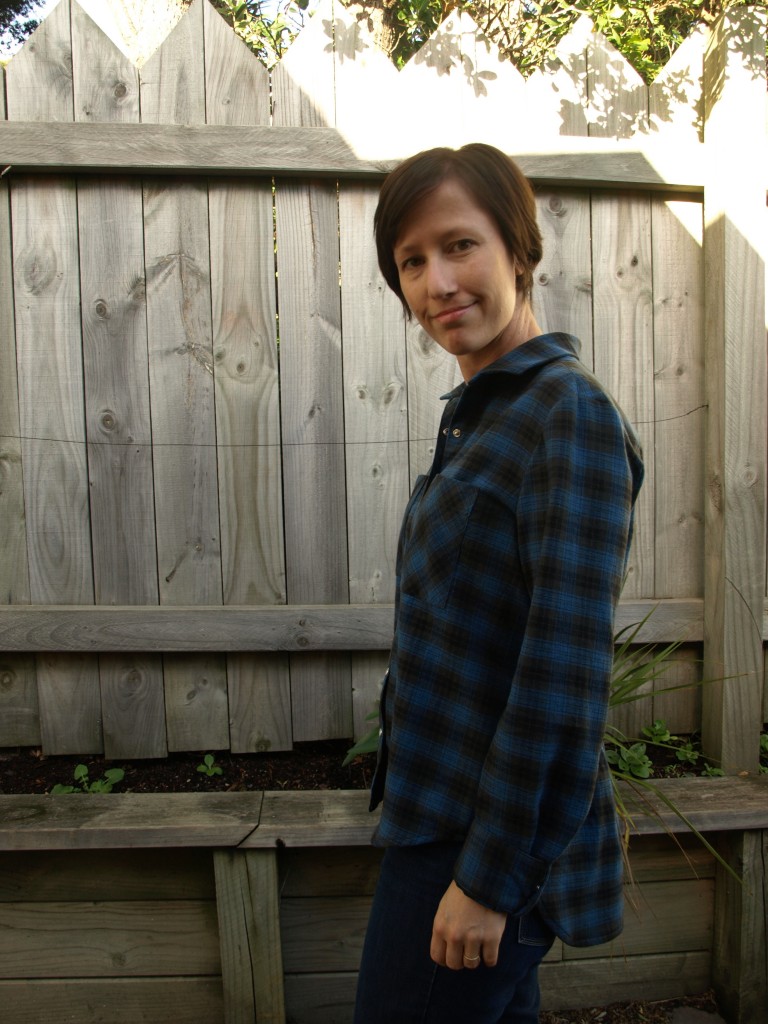 I went with view B, the mullet shirt, with its gathered back and the angled cuffs from view A. I made it up in a lovely cotton flannel from The Fabric Store which handled the added body of the back without being too fluffy. I’ve got plenty of my own fluff in that area thankyouverymuch. I added the awesome detail of pearl snaps, which I’d been trying to track down for ages in Sydney and finally found here in Wellington at Made on Marion along with a nifty snap tool. So much easier (and baby nap friendly) than a hammer! 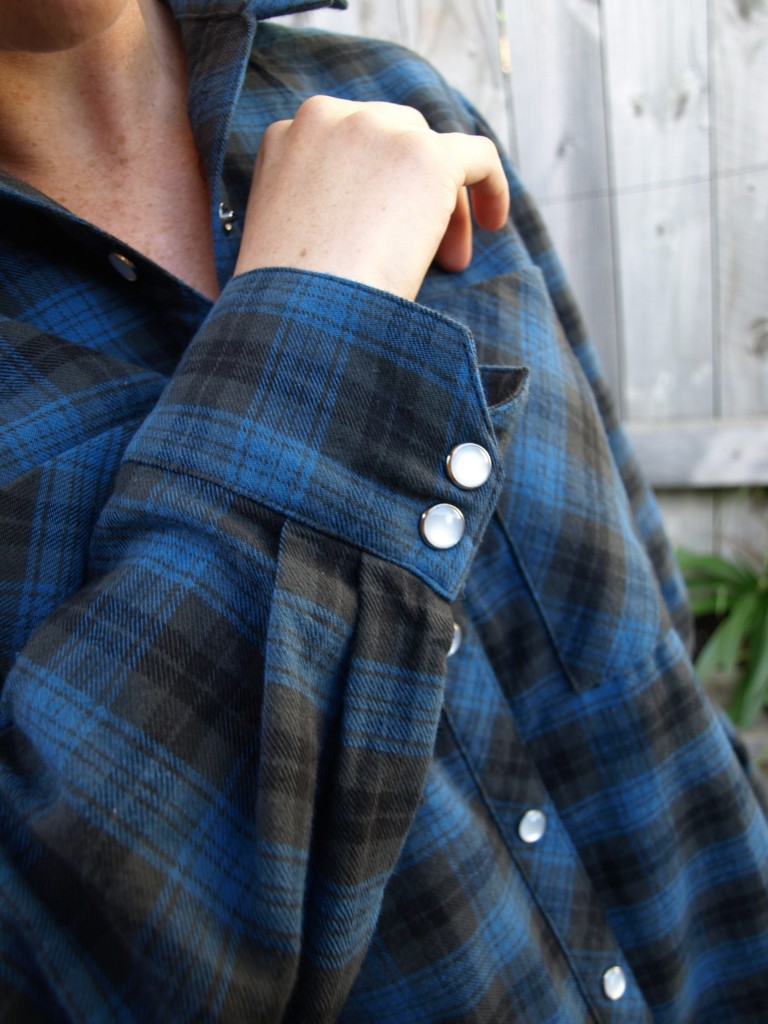 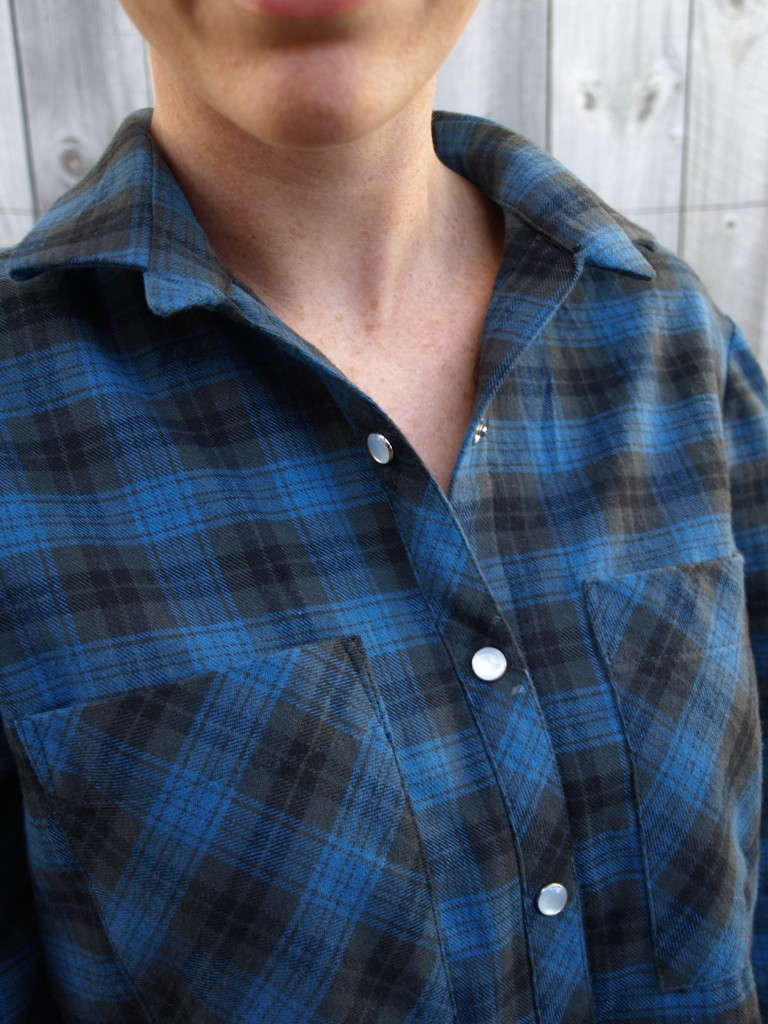 Amazingly, this was my first menswear-style shirt. Despite having a couple shirt patterns in my stash, I’ve been far to selfish to actually make one up for my husband. Whoops! I really like the precision of shirtmaking. For the past year or so I’ve been deliberately choosing projects (hand-tailored wool coat post soon to come!) that force me to slow down with more complicated technique as I have a tendency to zoom through projects, leading to a very full wardrobe. The instructions were pretty good and the pattern itself came together well. I blame baby interruptions on me installing the collar stand upside down. At least I think that’s what I did. Meh. I doubt anyone who doesn’t know the pattern would notice. 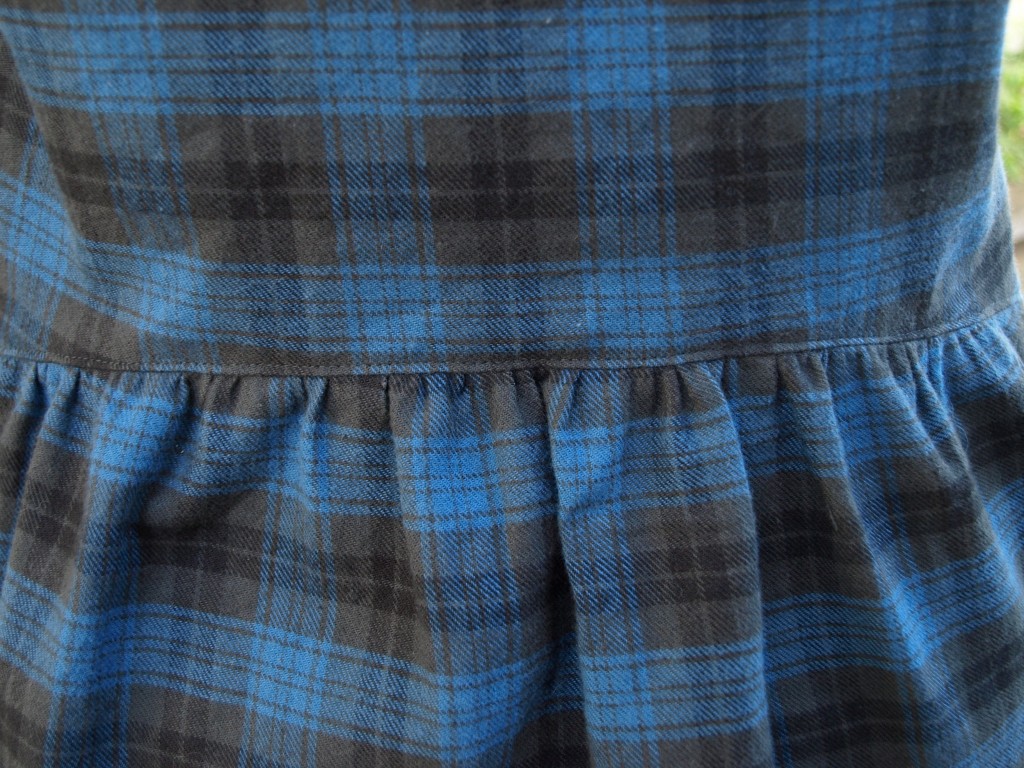 Annoyingly, the sleeves are a touch long. I also put the snaps too close to the edges, leaving me with oversize cuffs that hang over my hand. Re-positioning the snaps should fix it, so back to Made on Marion I’ll go for more snaps! I cut the yolk, button band and pockets on the bias because matching plaid is a pain in the ass. And it looks great. There’s a bit of topstiching here and there which helps give it a bit of precision I think. The flannel makes it very cosy and being a button-up is so much easier for breastfeeding than pulling/rolling up a bulky sweater. Also, the ass-coverage is excellent. I reckon I’ll whip up another in the straight-back style while the design is fresh in my mind. Win! 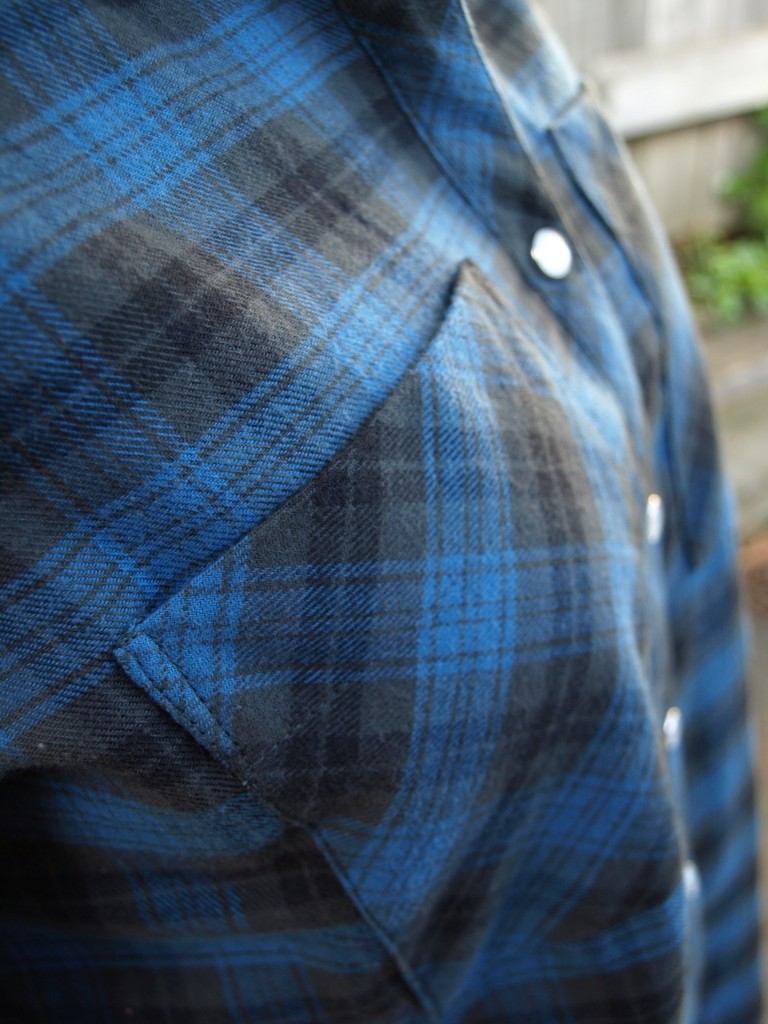 I cut a straight size 6 as the measurements surprisingly matched mine perfectly – thank you giant breastfeeding boobs! I went with the pearl snaps mostly to give it a bit of a western-wear vibe but also for super-speedy boob access. What’s your superpower? 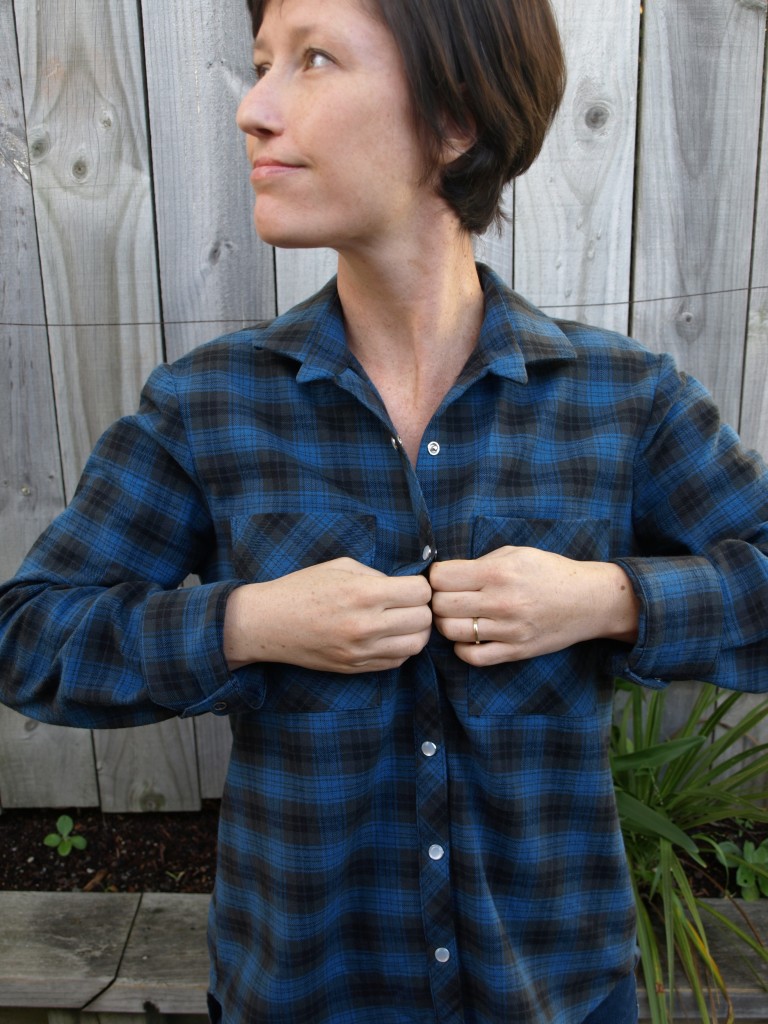 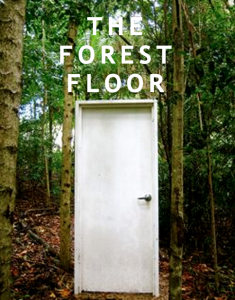 I debated whether or not to just dust off my old blog and keep going BUT looking over my previous makes documented there, I decided a fresh start was in order. That, and it has entries from 2004. Seriously. I used it pre-Facebook to document and share travel stories.

But, for sentimental reasons I’m keeping it alive. It’s also nice to see how far I’ve come sewing-wise. Worth nothing that I don’t think I actually still wear most of what I’ve written up on the old blog, with a couple exceptions. If you’re curious, head on over to The Forest Floor. Watch out, there’s moss.

This first post is a fairly boring one. I’m currently sitting in a very empty house in Wellington, on rented furniture, devoid of sewing machines, notions, pressing stuff etc. Why? Because we’re still waiting on the delivery of our container-full of stuff from Sydney, including most of my handmade clothes. BUT, I realised that I happened to have with me three recent makes that would make for a good starter post. Why boring? Because they are all from the same pattern. And they are all wardrobe basics. 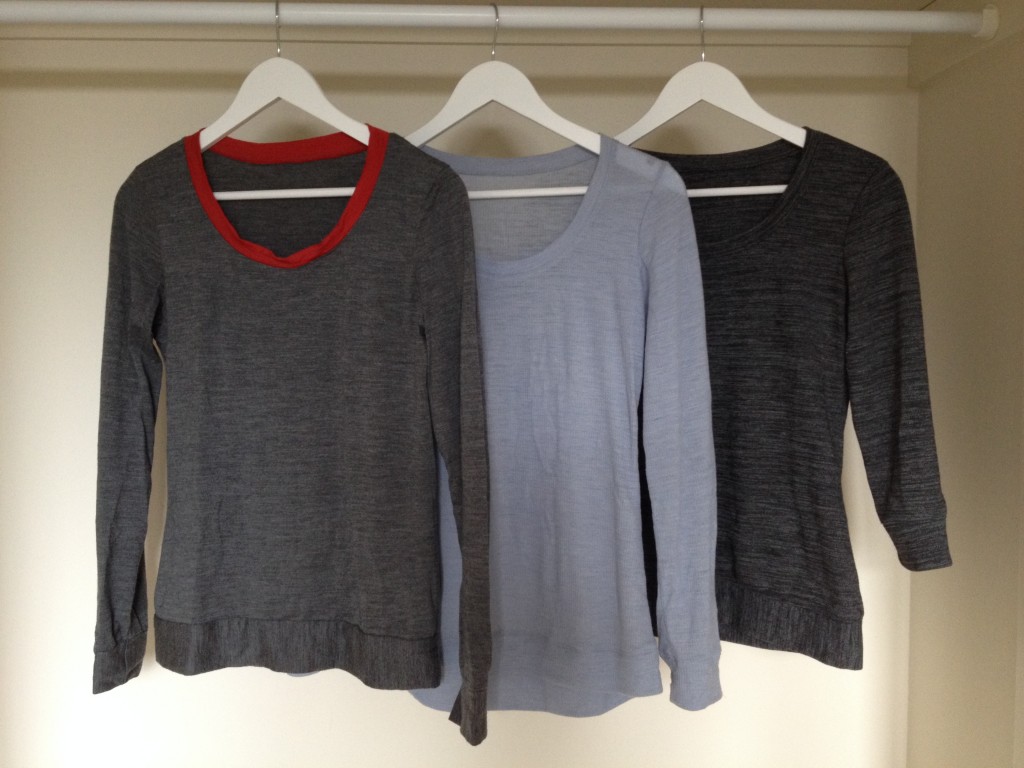 Before leaving Sydney for Wellington I had a bit of a panic: I needed more warm clothes! So during the Frog’s naps, and sometimes while she sat watching me (that girl is going to love to sew), I managed to make up 3 versions of Sewaholic’s Renfew top. And if I can do it with a newborn, you know its a quick an easy make. 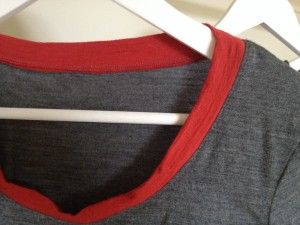 I used fairly stable knits to make life easier. On the left is a lovely silky merino. Cut and sewn straight from the pattern. In the centre, I added a slight mullet hem (longer in the back) to work with the stretchy skinny jeans I started wearing while pregnant and dammit, I just can’t quit them! Its also merino but very lightweight. Finally is a miscellaneous wool-poly blend. All bought at The Remnant Warehouse for next to nothing. I’m going to miss that place!

I’ve developed my own method for doing neckbands on knits, which isn’t that far off the pattern directions. No, I don’t have a serger/overlocker. I don’t believe in them 🙂 Rather than zigzagging the topstitching as per the instructions, which I think looks a bit messy, I just run a single line of stitching on the bodice side of the seam, securing the fabric underneath then trimming it to the stitching line. I use a very slight zigzag when stitching knits and have yet to have a seam pull out on me.

Also, none of these have managed to get pressed yet, because the iron and board lived in the closet in the frog’s room, and you must never wake a sleeping baby. 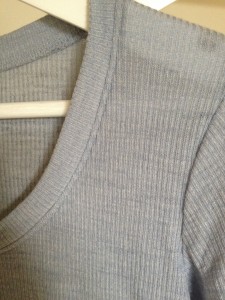 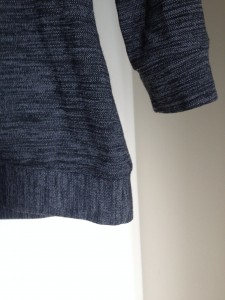